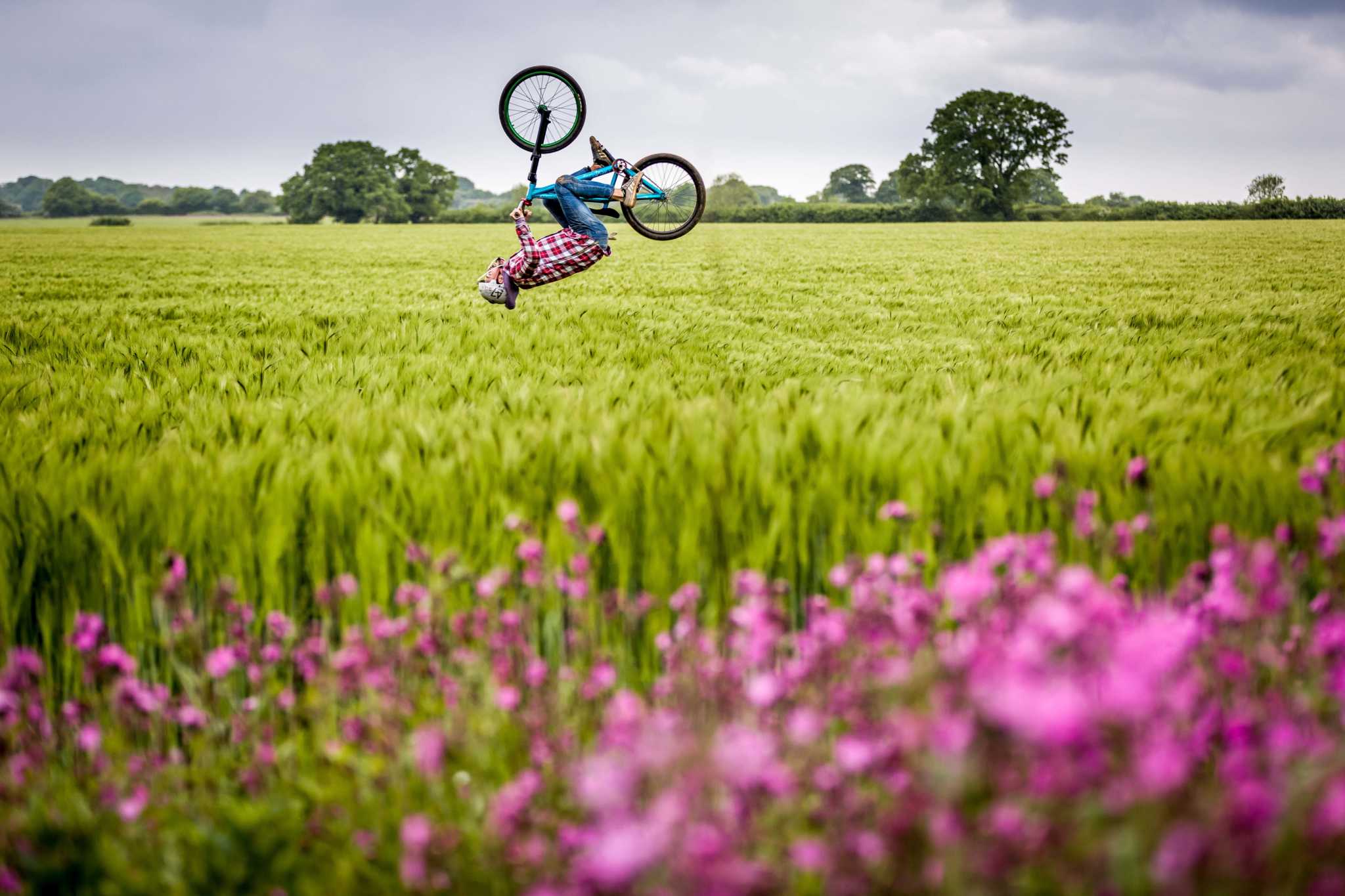 Anyone that has met Mr Damion “Div” Devlin will confirm, this man is unique. Nothing about this dude is ordinary! Perhaps due to the fact that div lives surrounded by exotic reptiles, he has an extraordinary ability to communicate with woodland creatures, has the ability to scale any surface and is capable of withstanding impacts that would destroy most armoured vehicles. Div sends stunts in any situation, take him to a super market, on a canal cruse or join him for a stroll and shit’s gonna get interesting!

For some time, Div had been telling me he wanted to capture a mini-flip in a rape field lined with purple flowers near his home. I thought capturing the image at sunset would compliment the foreground especially if we were lucky enough to get colour in the sky. Unfortunately, as we arrived on location the sky was an expanse of monotone grey, there was no longer a field of rape, just wheat. The tractor tracks Div wanted to use as a run-up where rough as hell, uncomfortable to walk let alone ride, and it looked like it could piss down at any moment. 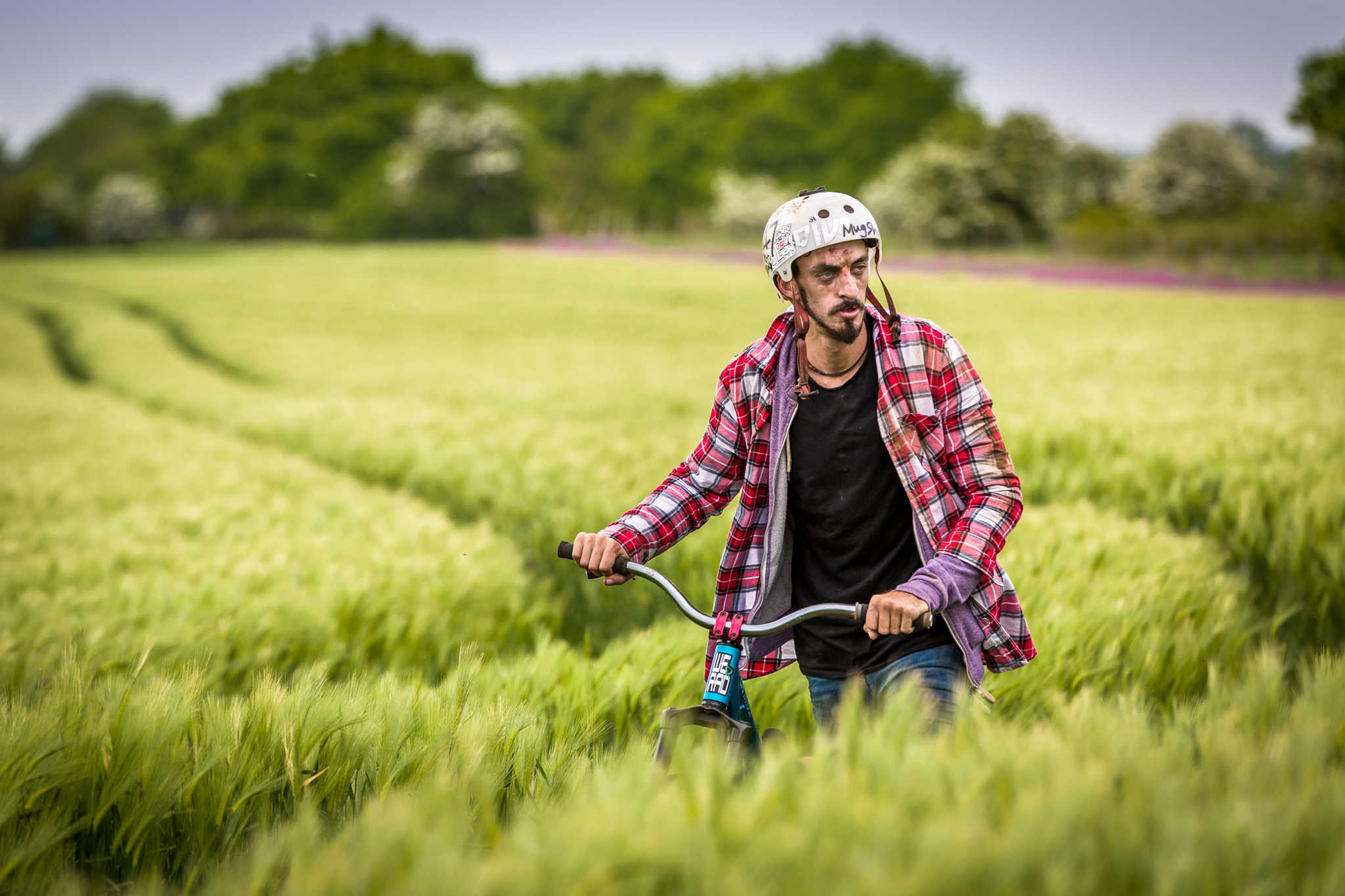 I had serious doubts about trying to capture anything in these conditions, but Div was not deterred. The moment I’d set up the first shot it started to rain, Div sent it regardless, nailing it perfectly! After fine tuning the set up we managed another couple flawless runs, By which time I had the lights dialled and felt we were onto something. This time, due to the accumulation of mud on his tyres and rain on the Argos kicker Div under-rotated and slammed hard! No doubt he’d broken his nose and there was a lot of blood trickling out his mouth. I ran up and suggested we get him to hospital, to which he replied “F**k that, lets capture some lifestyle shit before the light fades”

Perhaps we didn’t come away with the image we originally intended but I dare say, under the circumstances we were both pleased with the results. It was a treat to discover the image made POD on Pinkbike.com a few weeks later.